In October, EMQX development teams have been mostly focusing on HTTP management API, the readiness of which will be checkpoint for the beta.2 release.

For beta.1 release at the end of September, our focus was to get the configuration interface ready (the HTTP APIs were unstable at the moment). Our primary focus for beta.2 is to get the management HTTP APIs stable. We are also working on two more features that missed the beta.1 release, hierarchical rate control and cross-node session migration which will hopefully be released as a part of the beta.2

As we have previously mentioned, the new APIs are designed following OpenAPI (Swagger) 3.0 specification.

And the release comes with a built-in UI which demos curl command examples, as well as a "Try it out" button which make it easy to test thing out from the web UI.

This screenshot is an example “Try it out” result, which fetched back the configuration for an HTTP authentication API. 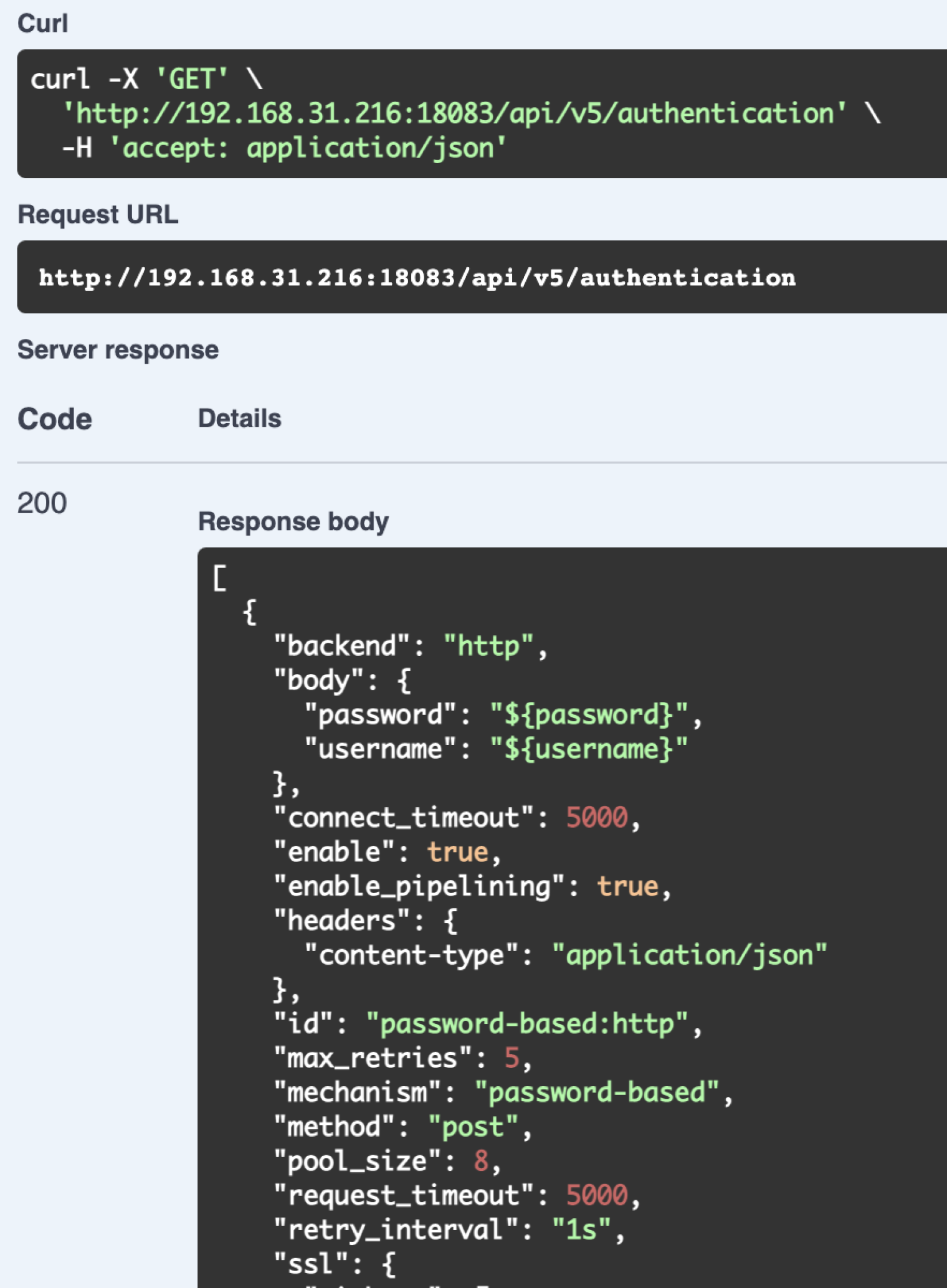 Up until EMQX 4.3, the messaging rate limit control was done at connection level. To set rate controls at levels, we are introducing the new hierarchical rate control feature.

This will allow users to control message rates at ‘global', ‘zone’, ‘listener’, and ‘connection’ levels.

Before 5.0, EMQX already provides highly available persistent sessions across the nodes in a cluster. The state however is not replicated, that is, the session states are local to the node which is serving the client. Session take-over is triggered if the client moves from one node to another in the cluster. This has been working quite well given that EMQX cluster’s long uptime with the help from live-code-upgrade (hot-patching without restarting the service).

To be more ops-friendly, we are now introducing cross-node session state replication. This will allow users to shut down a broker for maintenance without losing the persistent session states.

Early September, a few of us in the team got invited by the guys from Industry 4.0 Solutions to the Company Spotlight online event.