We are proud to announce the first public release of a new open-source functional programming language - Hamler. Hamler is a strongly-typed language with compile-time type checking and built-in support for concurrency and distribution. It empowers industries to build the next generation of scalable, reliable, realtime applications, especially for 5G, IoT and edge computing.

For almost a decade, we have been developing software systems based on Erlang/OTP, especially our main product EMQX - the scalable open-source MQTT broker. So, we have always believed that Erlang is a masterpiece of engineering. With amazing concurrency, distribution and fault tolerance, it is one of the few general-purpose language platforms able to properly handle concurrency and soft realtime.

It has taken nearly 20 years for academia and industry to find a solution. Started with Prof. Philip Wadler and Simon Marlow in 2000, type annotation and Dialyzer a static analysis tool were introduced for Erlang.

Since 2008, there have been about 20 projects in the industry trying to solve the problem. Elixir language project introduced Ruby syntax and attracted developers from the Ruby On Rails community! The Akka project imitated the implementation of Erlang/OTP, but lost the soft real-time feature of Erlang/OTP. Well-Typed's the Cloud Haskell project attempts to simulate the implementation of Erlang/ OTP in Haskell, the project is currently stalled. There are others like lfe introduced Lisp syntax, alpaca、efene、elchemy、gleam etc. have attempted to introduce ML style syntax and static types, most of which are still in their early stage of development.

The EMQ team has made another attempt to address these issues with a new design approach. And today, we present the industry the release of Hamler Language 0.1!

The core features of Hamler, a functional programming language running on Erlang VM with the Haskell-like syntax, can be summarized as follows:

Combined with our years of experience and understanding in developing Erlang and Haskell programs, the Hamler language supports most of the major features of functional programming that we believe will help the industry better prepare for the coming wave of development in 5G, IoT and edge computing, and attract more developers to use the Erlang VM - BEAM.

The Hamler source code is parsed to generate CST, then CoreErlang's IR is generated after CST -> AST -> CoreFn's syntax tree transformation, syntax analysis and type checking. The code is then used by the Erlang compiler to generate the final Beam bytecode.

The Hamler compiler architecture is shown below: 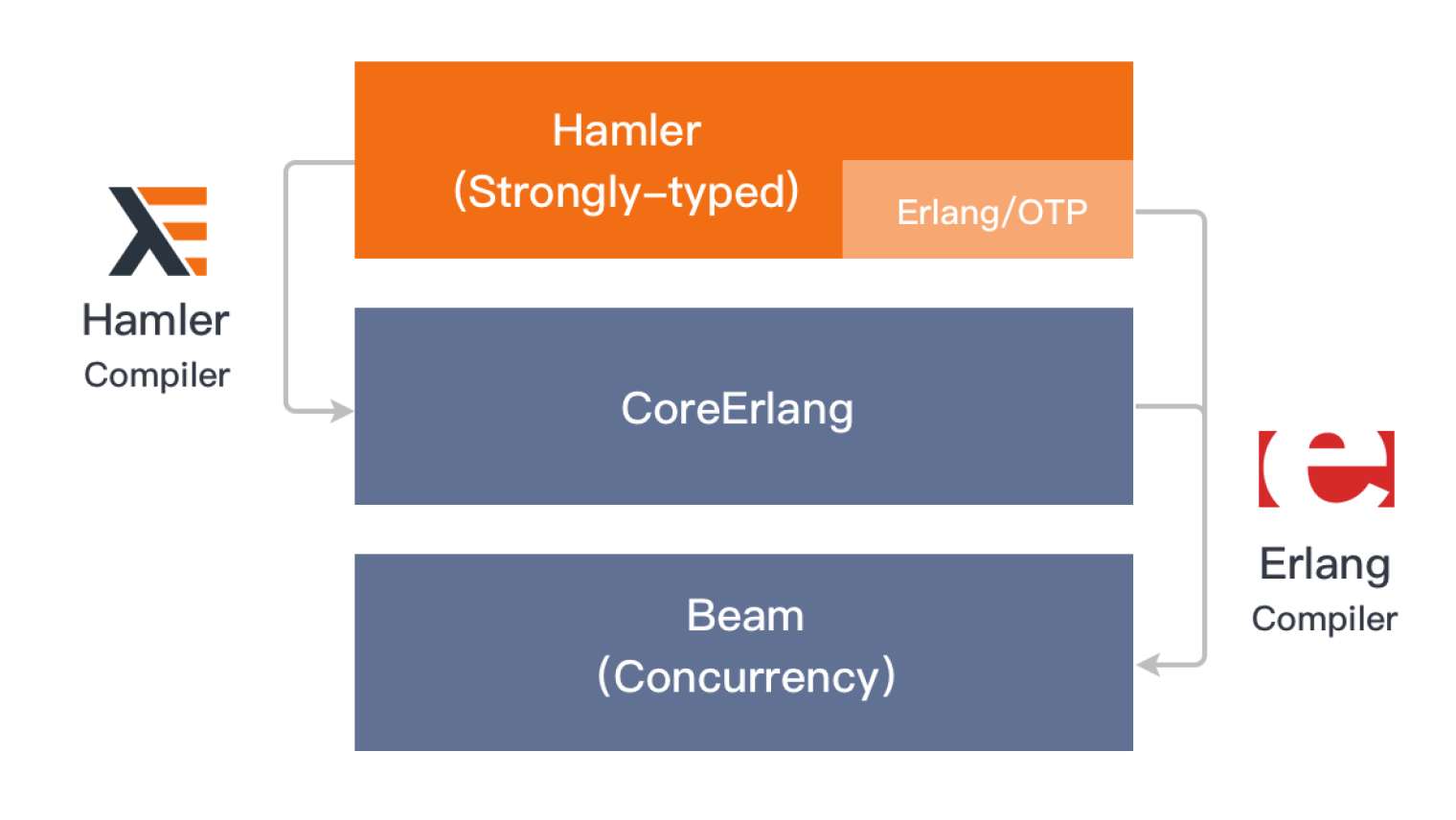 The Hamler 0.1 compiler was initially attempted to be implemented based on the GHC 8.10.1, but was later changed to adapt from Purescript Compiler 0.13.6's implementation.

You can reach the Hamler community and core team via the following channels:

To contribute to Hamler project: