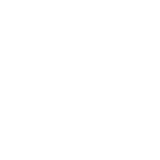 Over the year, State Grid Information and Telecommunications Group Co., Ltd. (SGITG) has carried out extensive exploration and development in cloud computing, edge computing and smart terminals, IoT platforms, artificial intelligence platforms and other technologies, and accumulated a large number of products and solutions.

At present, SGITG is working to build an enterprise-level IoT management platform in the construction of the power IoT platform. It defines the management and access of massive heterogeneous terminals through software, and supports the concurrent access of millions to tens of millions of devices. At the same time, it carries massive message consumption, provides intelligent equipment life-cycle management and control, one-stop IoT application management, and IoT ecology. It provides strong support for the intelligent IoT system of power Internet of things, which is "accurate perception, edge intelligence, unified IoT and open sharing".

The power industry has a huge amount and a wide variety of equipment. In particular, massive electricity meter equipment represented by electrical equipment requires the platform to provide concurrent connection capabilities to massive equipment. In the power ubiquitous IoT scenario, in addition to the traditional power transmission, distribution, transformation, and consumer equipment, the power IoT platform will also have a unified access requirement for other new types of IoT sensing devices. The power IoT platform is required to have massive access capability.

At present, there are a lot of equipment with power industry protocol in the production environment. The construction of a new IoT platform needs to consider compatible access to the power industry protocols such as IEC104, DL/T698.45 and the MQTT IoT protocol. In terms of performance, it should also have the ability of large concurrent access.

With the promotion of cloud-edge integrated architecture solutions in power IoT access scenarios, the demand for edge computing will also continue to rise. How to achieve efficient cloud-edge collaboration is also the current demand for power IoT.

Currently, in cooperation with SGITG, EMQ provides capabilities for the access layer of the new generation of power IoT platform, including:

Concurrent connection of tens of millions of devices

In the platform equipment access layer, the multi-node distributed cluster deployment based on EMQX realizes the concurrent access capability of millions to tens of millions of power and IoT devices.

Through the multi-protocol access plug-in capability of EMQX, it realizes the function to provide protocol access to power protocols such as IEC104, DL/T698.45, and converts them into MQTT protocol in the EMQX cluster to realize unified and efficient data transmission at the access layer.

In order to rapidly promote the development of scientific research projects of the IoT platform in the power industry and the development of related businesses in the subsequent construction of the IoT platform of the State Grid, SGITG and EMQ has officially become strategic partners from October 2020. With the help of EMQ's technological leadership in the field of IoT message middleware and SGITG 's technology and market advantages, the two parties have worked closely to strengthen the application of IoT message middleware in the power industry in scientific research projects, joint research and development, and business promotion to create power IoT products with technological breakthroughs.

The easiest way to start MQTT service. Connect your IoT devices to any cloud without the burden of maintaining infrastructure.