How to use MQTT in the React Native project

MQTT is a lightweight IoT messaging protocol based on a publish/subscribe model that enables stable transmission over severely constrained hardware devices and low-bandwidth, high-latency networks. With its easy implementation, QoS support, and small message size, it has been widely used in IoT industry.

This article focuses on the use of MQTT in React Native projects to connect, subscribe and unsubscribe, and send and receive messages from clients to MQTT brokers.

After the project is created, execute the following commands to install the required dependencies in the project root environment.

react_native_mqtt is an MQTT client module used for the React Native project, which supports iOS and Android.

How to Use MQTT client module

Connecting to an MQTT Server

We use the free public MQTT server provided by EMQ, which is based on the MQTT cloud of EMQX. The server access information is as follows:

Connect to the MQTT server

After that you will see the application run in the iOS emulator, where the client ID is displayed at the top, as follows: 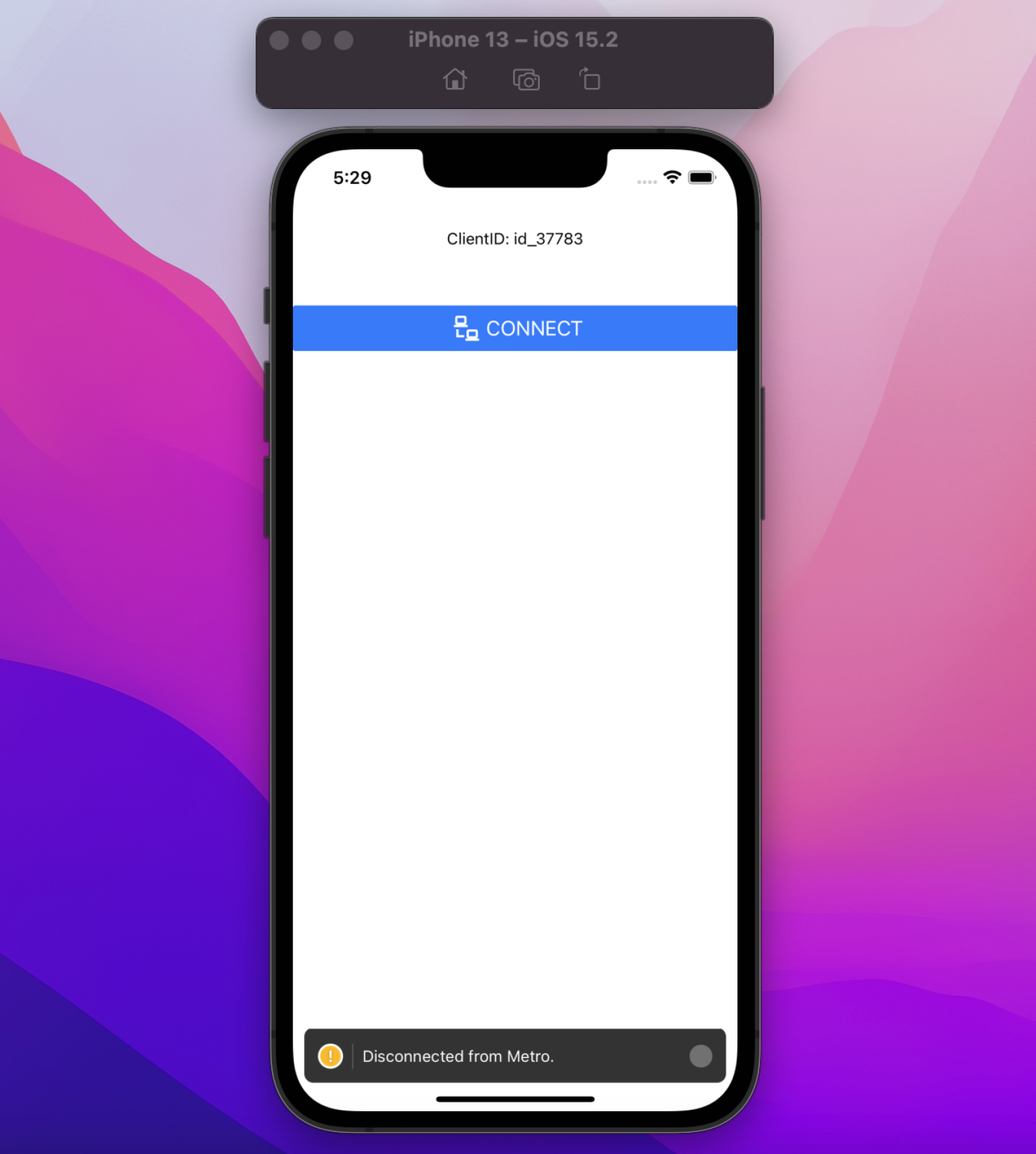 We will use the MQTT 5.0 client tool - MQTT X to perform the relevant tests. Create a connection named react-native-demo, use the default values for all configuration items, click the connect button, and add a subscription with the topic name, testTopic, after a successful connection, as follows: 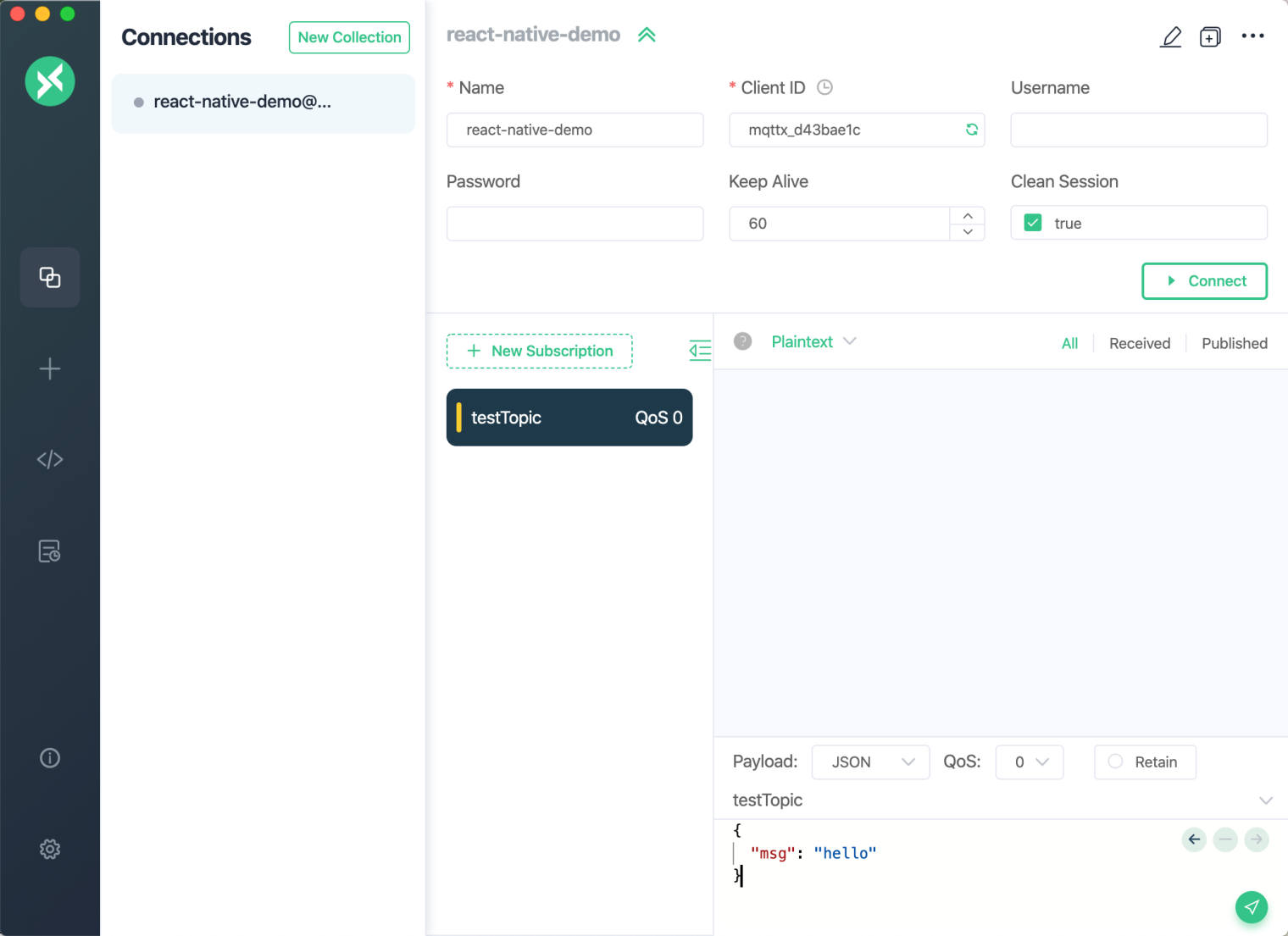 Click the CONNECT button in the APP, and the interface will be displayed as below. After a successful connection, the content of the ClientID line at the top will turn green, indicating that the MQTT server has been successfully connected. Enter the topic you want to subscribe to. Here, we take testTopic as an example. Then, click the SUBSCRIBE button. The interface after subscription will be displayed, as follows: At the same time, under the react-native-demo connection of MQTT X, we will also publish some messages to the testTopic topic. The messages published by client ID id_67458 to the topic can also be seen, which is displayed, as follows: 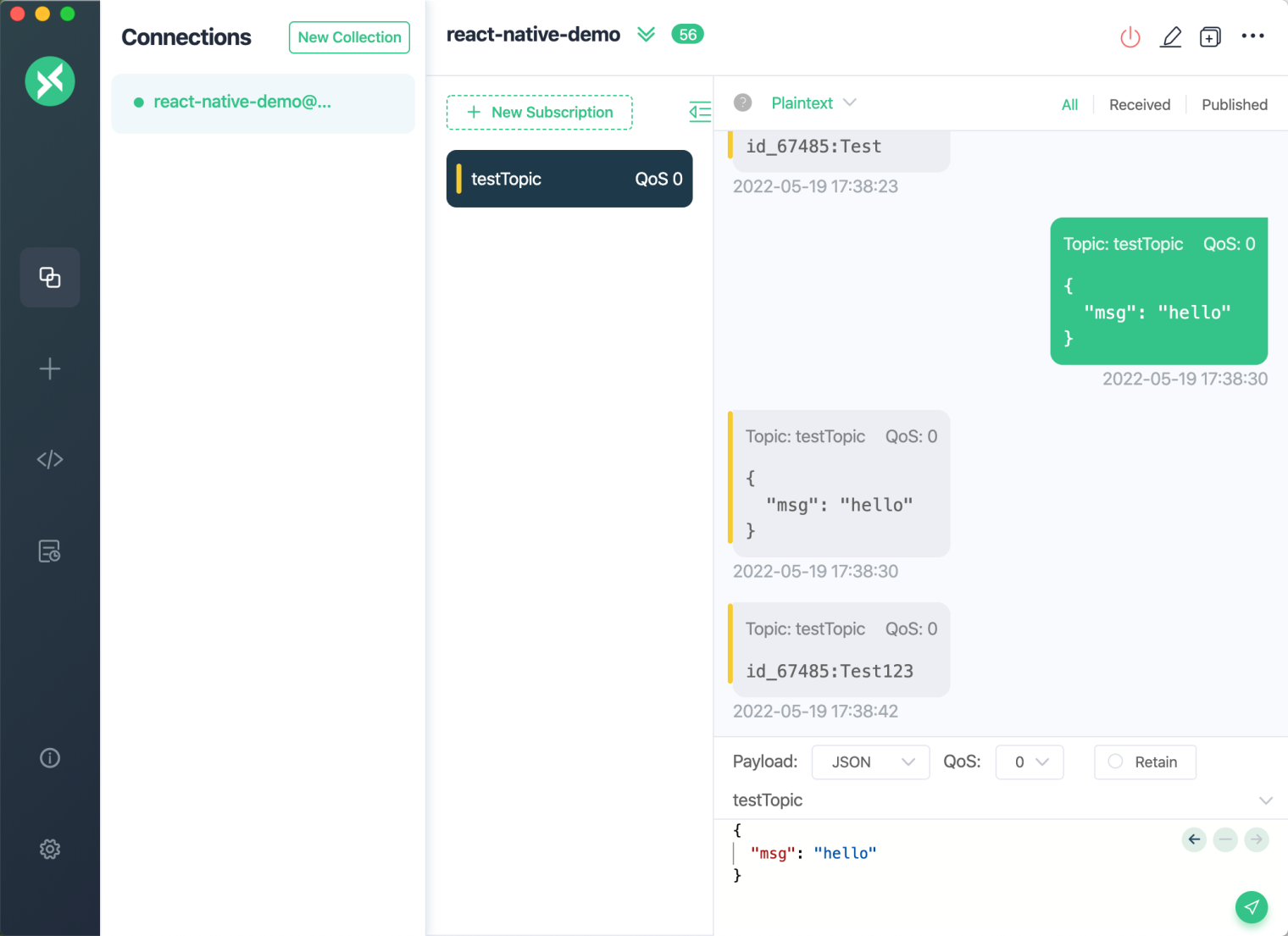 Click the UNSCRIBE button in the APP. Then, proceed to post a message with { "msg": "hello test" } to the testTopic topic on MQTT X with the following display: 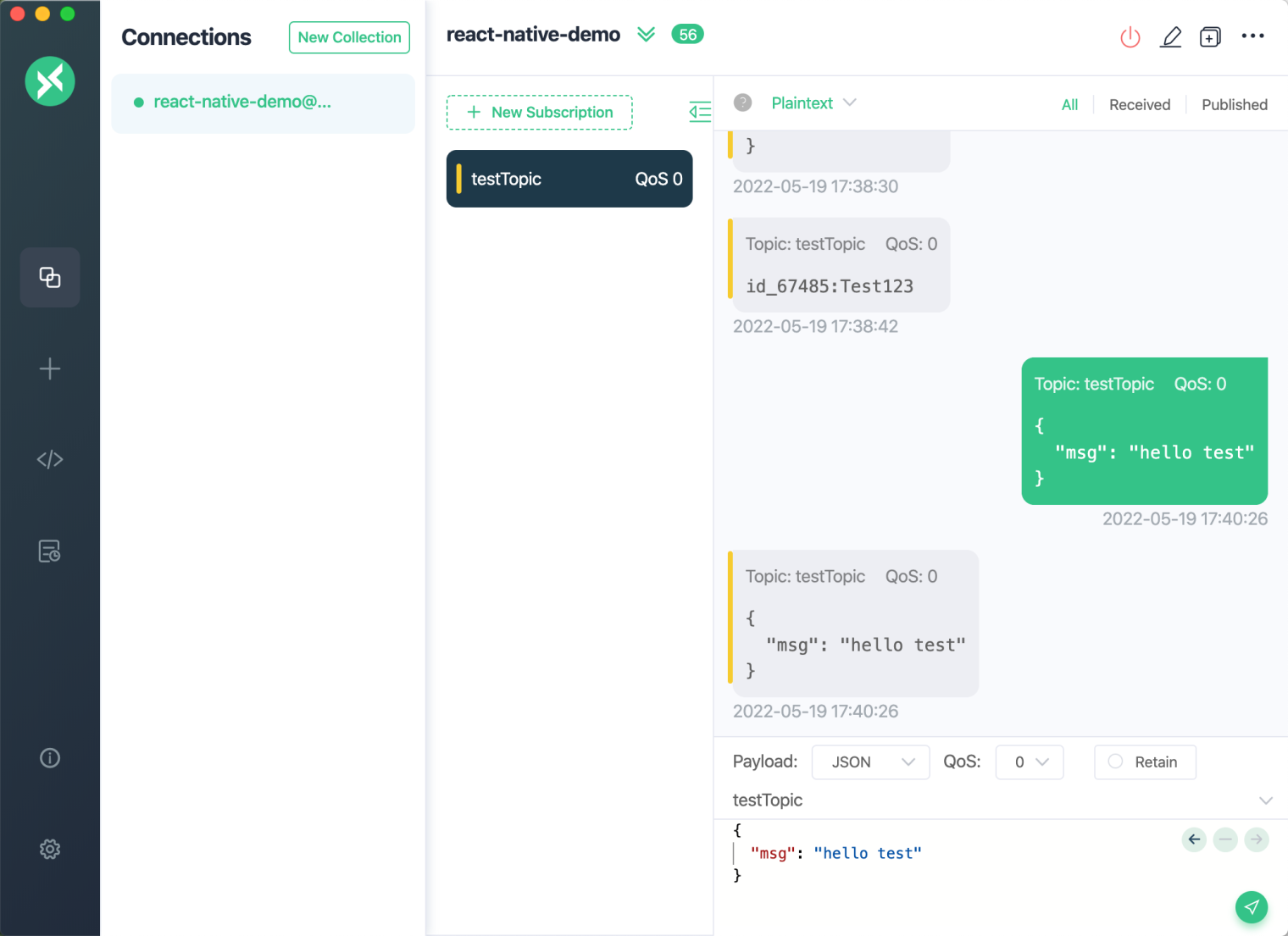 After unsubscribing from the testTopic topic, no message will be received from MQTT X for this topic { "msg": "hello test" }. At this point, we have finished building an MQTT app on the iOS platform using React Native, implementing features such as connecting the client to the MQTT server, subscribing to topics, sending and receiving messages, and unsubscribing. This article introduces the use of some common APIs of MQTT.js and some experience in the use process to help users quickly use MQTT in JavaScript projects. 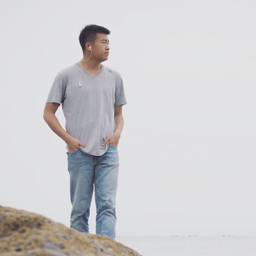 This article introduces how to use MQTT in the Electron project, and implement the connection, subscription and messaging, etc of MQTT.

This article introduces how to use MQTT in the React project, and implement the connection, subscription and messaging, etc of MQTT.